The last two years have dared people to navigate through a changing world, meeting challenges head-on in order to survive and thrive. It should come as no surprise that, again, the Conklin family continues to rise to the occasion. Success has come with a can-do attitude, determination, teamwork, a passion to make a difference, and an immeasurable amount of hard work. What defines us is how well we rise - and in Conklin, we rise by lifting others!

At Conklin's 2022 National Convention, we share the Rise UP theme to offer unwavering assurance, inspiration, and continued belief that, with the Lord on our side, there is no force more powerful than a person determined to rise. In the words of Nelson Mandela, "Everyone can rise above their circumstances and achieve success if they are dedicated to and passionate about what they do."

Join us at the 2022 National Convention as we Rise UP together!

Compelling and inspiring speakers await you during motivational General Sessions at National Convention.


Be prepared to laugh hysterically with your Conklin friends at Thursday evening's opening General Session, when Conklin brings to the stage comedian Yakov Smirnoff! Who is that, you ask? Perhaps you've seen Yakov's huge theater as you've driven into Branson, Missouri on previous trips. Yes, that's the same Yakov Smirnoff - a legend in American comedy!

After escaping communist Soviet Russia in the 1970s, he came to the United States with nothing but a dream. Without knowing the English language, Yakov began working at the famous Grossinger's Catskill Resort in New York, where he was able to tell jokes each night after his shifts. As his English improved, he quickly grew in popularity. He soon made the move to Los Angeles where the owner of The Comedy Store, Mitzi Shore, took him under her wing.

His endearing view of life through the eyes of a poor immigrant captured the hearts of Americans. He soared to the top of the comedy world performing on "The Tonight Show" with Johnny Carson and countless other television programs. Yakov was even a regular on "Night Court" and had his very own show, named after his famous catch-phrase, "What a Country!" He also branched out to the big screen where he starred in movies with Tom Hanks, Robin Williams, and Jack Nicholson - just to name a few!

With the heart of dreamer, Yakov Smirnoff has made the impossible possible, and continues to inspire others with his love for America. Yakov's unique blend of humor and patriotism will get Conklin's 2022 National Convention off to a magnificent start!

Take part in Friday morning's General Session, so you can listen to and learn from "Rise UP Talks" featuring two accomplished and inspirational Conklin leaders. Senior Director and former Charles W. Herbster Award of Excellence recipient Simon Lee, and new Director and 2020 PaceSetter of the Year Award recipient Kayla Livesay will deliver focused messages on how you can Rise UP in your Conklin business in 2022. With each enthusiastic presentation, these dynamic leaders will reveal resourceful strategies on developing your personal skills and growing your Conklin business! 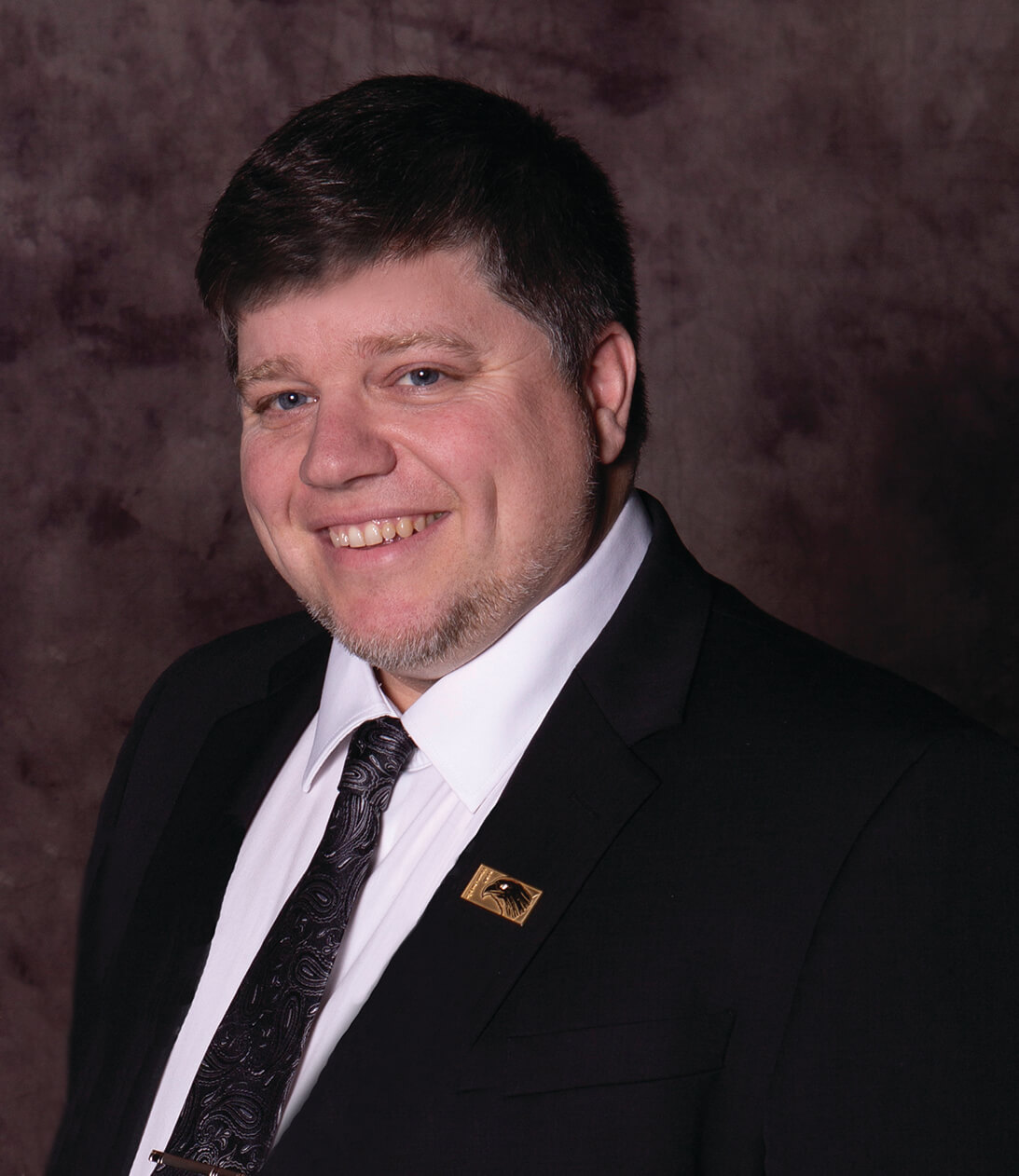 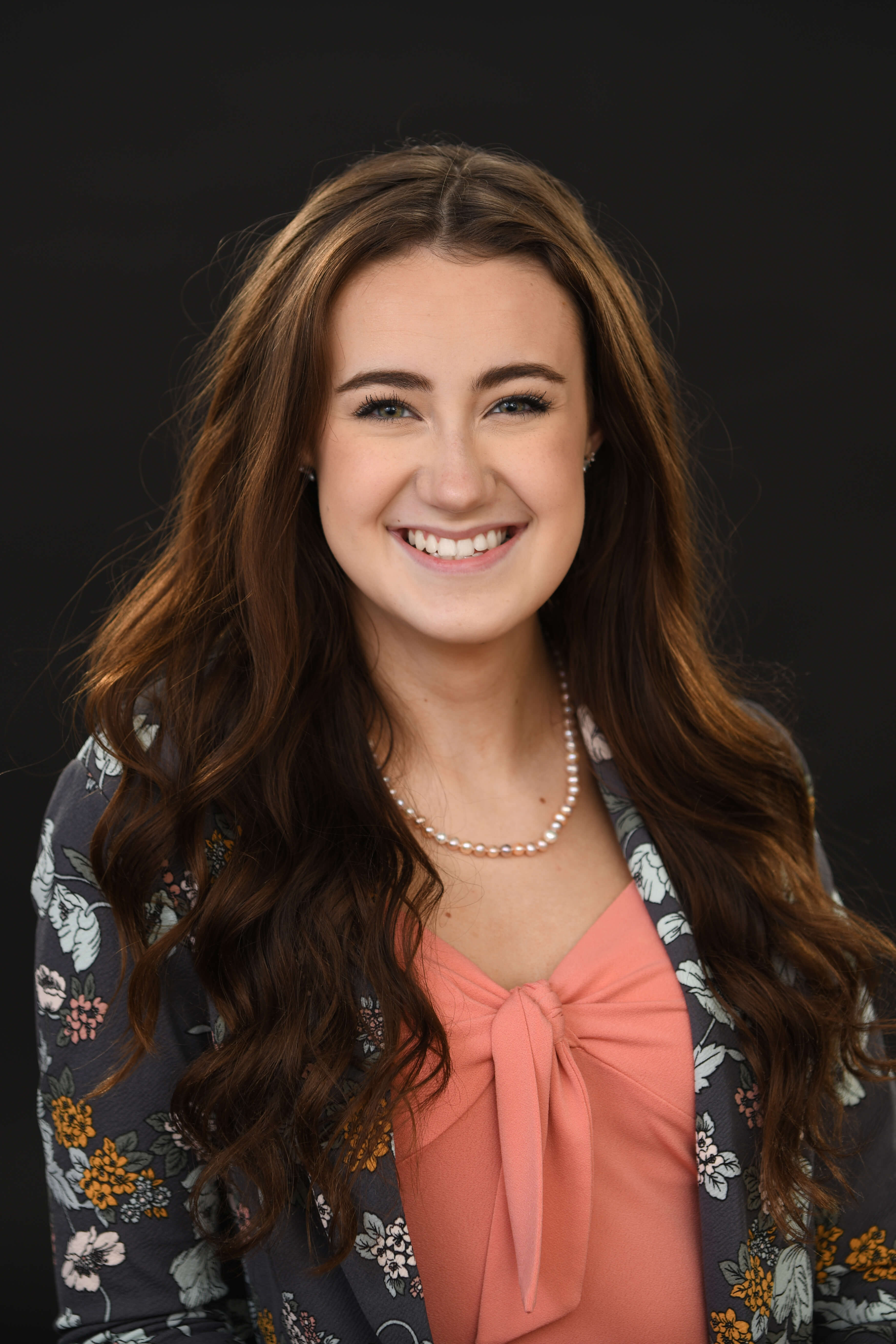 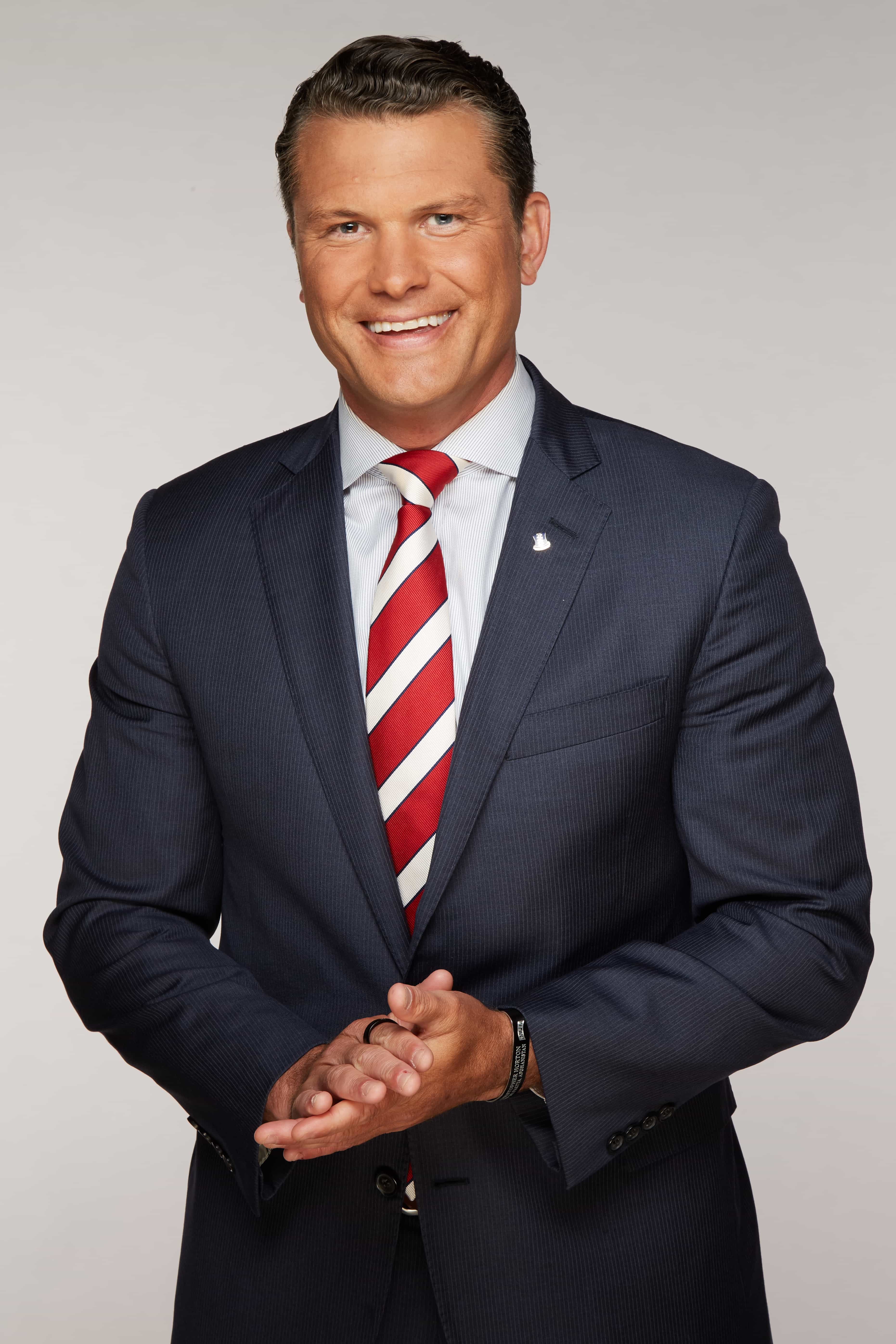 Expect to enjoy the message and cheer with your fellow Distributors when Conklin brings Pete Hegseth to the 2022 National Convention to address the audience as Saturday Morning's keynote speaker.

Whether it's the battlefield, the media, the Ivy League, or national politics -- Pete Hegseth is a passionate fighter for America and the freedoms we love. Pete is a decorated war-fighter, Princeton and Harvard graduate, a veterans and military advocate, a highly-acclaimed author, and now a FOX NEWS host and political analyst -- but above all, he is a patriot.

Hegseth is the co-host of FOX & FRIENDS WEEKEND -- America's #1-rated cable morning television show. He also frequently guest hosts for FOX & FRIENDS during the week, and is a FOX NEWS Senior Political Analyst, providing analysis and commentary across all FOX NEWS and FOX BUSINESS programming.

Hegseth's first book--IN THE ARENA--was published in 2016. In May of 2020, Hegseth's second book--AMERICAN CRUSADE--was published by Center Street and makes the case for a political and cultural crusade to fight for America's freedom.

Hegseth is an Army veteran of Afghanistan, Iraq and Guantanamo Bay who holds two Bronze Stars and a Combat Infantryman's Badge for his time overseas. He still serves as an Army Major.

Hegseth previously served as the Chief Executive Officer for Concerned Veterans for America (CVA) from 2012-2015, the largest conservative veterans and military families organization in America. Prior to joining CVA, Hegseth was Executive Director for Vets for Freedom from 2007-2011, an organization committed to victory on the battlefield.

Hegseth graduated from Princeton University in 2003 with a degree in Politics and completed a Masters in Public Policy at Harvard University's John F. Kennedy School of Government in 2013.

Conklin is thrilled to feature Pete Hegseth at the Saturday Morning General Session of the 2022 National Convention. You won't want to miss it!

Distributors will be able to listen to special musical performances on Friday and Saturday evening at Conklin National Convention.

Spend five minutes with the members of CAIN and you'll feel like you've spent the afternoon in the sunshine. The band's effervescent joy spills over onto each person they meet, their bright smiles as contagious as their chill-inducing harmonies. Pouring their perpetual joy into their debut album Rise Up, CAIN - made up of siblings Madison Cain Johnson, Taylor Cain Matz and Logan Cain - has discovered what it's like to live their calling while doing their favorite thing, singing about Jesus.

Raised in Alabama, the kids of pastors, CAIN developed a love for music from an early age. By elementary school, they were integrated into the church service, playing and singing side-by-side.

After their grandfather, who worked in country music publishing, saw their performance in a talent contest, he offered to help them make some connections in the country music industry in Nashville. For five years, they worked hard in the country music scene, learning the art of songwriting and how to live on the road. They had some hints of success, a song made it onto Sirius XM's The Highway, and they got the opportunity to play a CMA stage, but nothing concrete clicked into place. After some game-changing setbacks, CAIN decided to take a break from pursuing music.

CAIN stayed in Nashville and plugged into their local church, joining the worship team, content for that to be their sole outlet for music. However, a man in their church, their now manager Ron Smith, approached them about possibly pursuing Christian music. So, the band wrote three new Christian songs. Provident Label Group loved what they heard and offered CAIN a record deal.

The band's first single, "Rise Up" went No. 1 on Christian radio, and for good reason. CAIN's signature harmony-based, country-laced melodies are energetic joy-bombs. Their second single, "Yes He Can" went No. 1 a few months later, and the band began rapidly growing a nationwide fan base.

Even launching their career in a pandemic couldn't dampen their spirits, as told in their song "I'm So Blessed." "We had eighty shows cancel in 2020," Madison says, "and it became kind of sarcastic - I'm so blessed. But for us, we say it in faith. You don't have to be having the best day of your life to be blessed."

Conklin Distributors will certainly be blessed by Cain's performance at Conklin's 2022 Gala Awards Banquet, as they sing about hope that radiates the kind of happiness only found in the goodness of God.

Grow your business by learning how to achieve your goals and embrace innovation and continuous product improvement at Conklin’s division and leadership workshops. The information leveraged at these workshops might be just want you need to build your Conklin business and let free enterprise Rise UP in 2022!

Here's what others are saying about their experiences at Conklin National Convention.

National Convention is a must for your team if you are planning to grow your business to the next level! It is a very good way to help your team develop personally!

We see the importance of having our team there to be inspired, motivated, and to continue their self-development.

National Convention is our team's fuel. It's the ignition to our organization's growth. You can't afford to miss it!

National Convention is the lifeblood of developing an organization.

I encourage anyone who wants to succeed in life to attend National Convention.

Everything I attended at National Convention was the best of the best. The experience of going to convention is the highlight of the year! We encourage all of our organization to attend National Convention. There is nothing like it for inspiration and keeping the vision alive!

In order to be successful, you have to be at National Convention!

National Convention is incredibly inspiring and will help establish a strong foundation in any Distributor's or Manager's goals. It helps to create a vision with visible acknowledgments and incentives keep each person on his or her feet.

I believe it is a very good way to see the Conklin story in action. National Convention is the most important event of the year.

We always encourage folks to attend, telling first-timers it will forever change their perspective concerning their business and the Conklin Company.

National Convention is an amazing experience. Every year is better than the last! We leave each year and can't wait for the next one!

National Convention is always an awesome, uplifting experience that I wouldn't miss for anything.

I've never before had so much encouragement and received so many valuable insights at one time; National Convention was mind-blowing good!

I absolutely love National Convention! It's an event that I look forward to every year. Between the great speakers, entertainment, workshops, and networking, I am able to get refueled for another great year! This is one event, Lord willing, I will never miss!

Evening of Recognition and Honor

The Gala Awards Banquet is the grand finale of National Convention. The pageantry of this evening will inspire you as Conklin recognizes and honors the year's top award winners. In addition to all of the special recognition, attendees enjoy special performances by world-class entertainers.

Exciting incentives to boost your business

If you need to cancel, please contact the Conklin Meetings Department directly:

Cancellations received between Wednesday, Dec. 16, 2021, through Sunday, Jan. 16, 2022, at 11:59 p.m. will be charged $100 per person. The $100 will be taken out of the registration fee and the remainder of the registration fee will be credited back to the form of payment given at the time of registration, if registered within 120 days, or the money will be transferred to your convenience account after 120 days.

After Jan. 16, 2022, ALL registrations and tickets are non-refundable.

You can go to www.conklinnationalconvention.com to register. Or you can go to the Conklin website, select the Training & Events link, then click on the 2022 Conklin National Convention link to register.
All hotel reservations at the Hilton Branson Convention Center Hotel and the Hilton Promenade at Branson Landing Hotel must be booked ONLINE through the link exclusively for the Conklin National Convention found on the home page of our convention website - www.conklinnationalconvention.com. You will NOT be able to call in to book a reservation.

Convention policy as it relates to children 17 and under.

Conklin has a team of staff here to help you with questions regarding your convention registration, lodging, Gala Banquet tickets, and how to get the most out of Conklin's National Convention.

Check out the Frequently Asked Questions section and see if your questions have already been answered.

If you don't find an answer to your question, contact one of Conklin's friendly staff members: